The lodge was built in the early 1990's by the former owner Jan Bruwer on a plateau on the edge of the Schwarzand mountain range, overlooking the hilly plains as far as the Tsaris Mountains which are approximately 75km away. Since 2007 the von Wietersheim family owns farm and lodge. Both are run by Aileen and Guido von Wietersheim. Guido has been grown up in Namibia on another farm and went to the Deutsche Höhere Privatschule (DHPS) in Windhoek. Since 2007 he lives on the farm, while his wife Aileen joined him in 2010. Aileen is natively from Germany, but she emigrated to Namibia in 2009. Aileen and Guido have three children, Romy, Lilly and Timo who were born in Namibia. 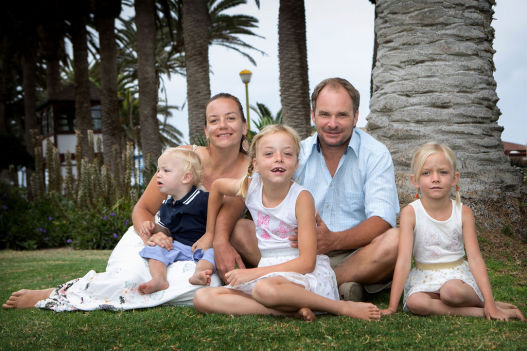 „We are looking forward to your visit and we will do everything to make your stay at our lodge an unforgettable experience.“